Straight Up: Chive Blossom Café is a foodie phenom.

Since it is situated in an unassuming, once-upon-a-time beach house tucked alongside the road to Pawleys Island, I was wrongly under the impression that this eatery was a granola-ish lunch spot fronting for a farmer’s co-op, heavy on the organic field greens.

Now, I was right when it comes to a preference for organics and locally grown groceries, but Chive Blossom cannot be accused of sticking to a culinary format, which is why the menu is a breakthrough, out-of-the-box fusion of tastes, ramped up iconic Southern dishes and cooking styles.

What husband-and-wife team Trina (former owner of the Vintage House Café) and PaulKelly (former chef at Frank’s) Renault have created here is an inspired and exciting dining experience that keeps you stringing together clues like a gastro-sleuth to figure out who and what turns seemingly disparate ingredients into delicious totality on a fork.

Exhibit A would be my Potato Crusted Rainbow Trout, laid out in a shallow pool of brown butter, dotted with capers and knobs of crab. But what is that on top? A tower of roasted spaghetti squash. I sat and admired the picture-perfect presentation, but wondered: How in the world can these flavors play nice together?

With my first bite, the ambassador of this recipe was exposed—the dish had been drizzled with orange blossom honey, giving a soft sweetness to everything on the plate, enhancing the best taste tones of squash, fish, butter, crab and even capers.

My husband’s curiosity was piqued by the Grilled Spiced Pork Flat Iron, a cut of meat he hadn’t yet experienced, but he was suspect of the pork’s Dixieland associates: Hoppin’ John, collards and a character called chow chow.

Again, Chive Blossom whipped a diverse gang of flavors into a state of delectability.

The flat iron pork was cut and fanned out across the plate, rich in flavor and glazed over with a red pepper jelly sauce. The chow chow added a tasty crunch with fresh cabbage, red peppers, celery and onions. The collards braised in apple cider brought in earthiness and the Carolina gold rice and black-eyed peas of the Hoppin’ John took its place as a unique starch to round out the dish.

Seated in a line-up of tight two-tops, we were able to get to know the couple beside us (who were visiting Litchfield Beach and only days away from their 60th wedding anniversary) very quickly.    They had lived most of their life in a sea island neighborhood in Florida, relishing a constant supply of fresh seafood and shellfish, and they spend one month a year in Paris taking in French culture and cuisine.

They dubbed Chive Blossom’s she-crab soup as “one of the best” they’ve ever tasted, loved the Lowcountry oyster pie with its crust of asiago and had nothing but kudos for the small plate wild salmon encrusted with black pepper and served over a mound of stir-fried vegetables tossed with an Asian vinaigrette.

And then there’s dessert. We shared Trina’s homemade double dark chocolate brownie with vanilla ice cream, or should I call it the “magic brownie.” Served in cake-like wedges, it was undoubtedly one of the finest desserts we’ve ever had the pleasure of spooning.

For this level of cookery and the ample portions, Chive Blossom is a real dining value.

Along with starters, salads and noodle dishes, Chive Blossom offers “small plates” that would rival any “main plate” I’ve encountered in both culinary scope and size.

Small plates start at $12 for sautéed chicken livers over a smoked pimento cheese grit cake with country ham, caramelized onions and an apple cider demi-glace to a seafood pot pie for $18, featuring shrimp, scallops and crab bubbling under a puff pastry crust.

And here’s a little tip for you: Before dinner, hit the bar first on Mondays through Wednesdays for happy hour (4–7 p.m.) and have a cocktail or glass of wine for $2 off. Then order an appetizer or two for half price.

In summation, if the Renaults’ motive was to bring a fresh and food-curious experience to the Grand Strand dining scene, they are certainly guilty as charged. 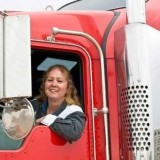